It's almost mid October and my Race Season has been over for a week now.  It's Saturday morning and this is the first weekend in while without any plan to train or race in the near future.  I was thinking about this as I left work yesterday and as I did the thought occurred to me around what was the best experience racing in 2012 and what was the worst.


Formulating these didn't take any time at all because both are crystal clear to me. The 'Best' experience was by far and away the best.  And the 'Worst', well, it too stood out, an ocean apart, from everything else.

I'll start with the 'Best':  This has to go to the North East Continental  Gentlemens Race hosted by the Rapha boys. The Gentlemans is a six man time trial for 124 miles.  It's on road bikes but 65% of the course is off road over horrific terrain. It started in Hanover, NH by Dartmouth College and did a big loop through Vermont with 14,000 feet of climbing.  The route is unmarked and unsupported. The only thing they give you is a Garmin and a Que sheet.

The Gentlemen's was the Best for a couple of reasons.  First was for its toughness.  Here's the video http://vimeo.com/45929937.  Personally,  I don't think Rapha shows how really hard the race was, but it's well produced esthetically and shows the experiential side really well.  Great marketing.


The top teams were really hard men, though; and ready to roc, from places like Quebec, NYC, DC, Boston & Philly but the video doesn't really show too much of this.  It has a lot of footage of teams that a mass market can identify with, but doesn't really show that they finished nearly four hours behind the top guys.  Over three hours?...that's a pretty is long time!  The results show 15 teams with finishing times but there were a bunch of teams (a few good ones) that simply couldn't finish for various reasons, bikes breaking and people bonking.  So to win the Gentlemen's took a lot.

I was talking with Kel about this last Monday in Providence.  We both agree that to win it again will be much tougher.  These style of events are exploding and more good guys want to win them...and we just had a fucking unbelievable ride...all six guys on our team were good & strong for the whole 8:15 hours.  All six stayed on the rivet the whole way, which is rare in a race and terrain like that.  We also only got lost once (good navigating) and had just two punctures.  So we had a bit of good luck and the right six guys... all on form at the right time.  That won't be easy to repeat.  So winning the The Gentleman's is on the wall now (which is awesome) whether we repeat and win it ever again is a completely different story.


Now for the 'Worst'.  I don't want to focus on this too much but I can say that there were many times this year where I was racing only halfheartedly.  And that's a bad thing.   There were reasons...mostly around personal 'heavy lifting' going on off the bike but the fact remains that in these moments, I raced/rode like a donkey and had my worst experiences. 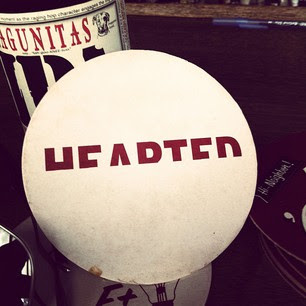 The award for 'Worst' has to go to the Pro/1,2 crit in Naugatauk, CT.  This is a tough 50 mile race with a bump in it that you have to go up 75 times (or something like that).   It's in July, so it's always super hot and the course is New England jankie too...goes around this tired old factory and you have to dodge ugly raised manholes and crater sized pot holes.  It's authentically hard and people drop out or crash out like flies.  I've always liked it though The NYC guys come for it and I like their racing style for a change, and usually I do okay there but this year I had no fire or juice for it at all.  The whole drive down there I thought about bailing and I should have.  Early in the race I missed a huge break with everyone fast in it...and I missed it only because of my ...sh***y... attitude.  At one point I got a little motivated and tried to bridge across but ended up just pulling people around...lap after lap like a cat 5.  It was stupid and was the worst.

Here's a picture of it.  I really should have just stayed home.  In racing, like in all things, if it's worth doing then its worth your best effort.  If you're not prepared to give it your best stuff, then don't even bother.