In light of the Lance Armstrong debacle;  Here's a entry about an American cycling hero on the bike and in life.

A few days ago someone on facebook posted a video of Davis Phinney (w/ his son Taylor) talking about his life today living with Parkinson's disease and I was touched by this.  Davis is an impressive guy, always has been.  And his whole Parkinson's story is incredible.  The sheer courage that Davis and others like him victimized by this condition have to manage every day is unimaginable and heartbreaking.  But that's not what I want to talk about just now.


What I want to talk about was my visceral response to a more sutble observation in the video specifically the manner in which father and son, through genteel phrasing and an ease of body expression, showed a really strong admiration and love for each other.  It was palpable and inspiring.  But that doesn't really surprise me.  It's consistent with what I know about Davis.  He was a strong dude on and off the bike and always had courage to do what he thought was right for himself.  Being a great bike racer was one of those things, living in daily victory over a horrific decease is another and so too, it is clear now, was being a great father and that's not easy today.  Not easy at all.  Some approach it in certain ways but very few actually and honestly have it.

Like most of us I know about Davis's extensive cycling achievements domestically and in Europe; most notably his time with Team 7-11 & crew and stage win at the Tour as well having won more races than anyone in US history.  And that's why, as a budding rider, I read his book, co-written w/ his wife,Olympian Connie Carpenter-Phinny, called Training for Cycling.  It was a great book loaded with effective bottom line training stuff but also a bunch of interesting stories and details around why and how he became a bike racer.  One story still stands out to me all these years later and I thought about it while I watched the video.

The story was that Davis had a teacher in High School (Colorado?).  I think this teacher was a rider/racer of some sort and Davis told this guy that he wanted to race bikes for a living.  To his surprise Davis said the teacher tried to squash his dream to do this, telling him to pitch the idea, it was a pipe dream, no one could possibly make a living racing a bike.  Davis's response was something like 'Boy am I going to prove you wrong...or boy, are you wrong.' 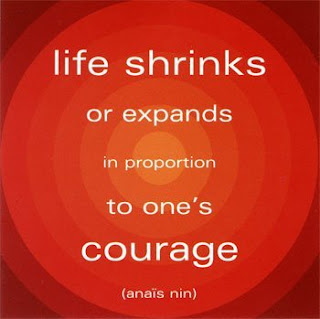 What Davis said precisely doesn't really matter, it's not the point, because it was his strength of conviction in what he wanted that is so impressive!  It was super strong and in expressing it Davis was honoring his dream and his passion and that's huge because it set the course of his life in the direction he wanted.  Very few high school kids have this level of conviction for themselves.  In fact most people, in their entire lives, never get to that place.  I was impressed, still am.  And watching the video on facebook the other day I recognized the same strength and honor on display again listened to how Davis battles Parkinson's everyday and also more subtly, but no less impressively, how he must have nurtured it daily in the raising of his child to build what is clearly a very strong and very close relationship with Taylor.  Such good and vital things.