I don't believe in miracles in the traditional sense but I believe in hope, the human spirit and in the potential of forces around destiny and desire we, as evolving creatures on planet earth, don't yet understand.  I'm open to these elements of universe because they aren't proclamations of absolutism written by humanly flawed men of agenda.  I'm not trying to be mean it's just what I believe but I respect every persons right to differing opinions of well intent as long as they respect mine and those of others.


This tune is a little preachy but I like the way Matisyahau (aka, Matt Miller) breaks stereotype and jabs at certain misplacement's around happiness and fulfillment, and about seventy percent of what he actually says speaks to common ground everyone can relate to.  In this case it's hardship. 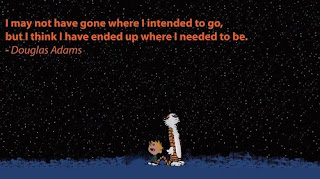 Sooner or later we're all bound to stumble and fall but I think that during these times there's an opportunity to affirm yourself and your beliefs around who you want to be and where you want to go.  Too often during these times there is a strong tendency to latch onto routine, forgetting that repeating a pattern of familiarity is likely the cause for your situation.

People in distress migrate to things that provide them w/ parameters of syntax, reason and a direction, regardless of whether these things hold universal truth or not.  I think it's because they're afraid to abandon what is familiar to them.  I guess maybe part of it is also because they're over-engaged in the opinion of others, which is sad.  This need to keep up false appearances stunts their happiness, limits their success and makes their life an expression of compromise.

Someone said doing the same thing expecting a different result is the definition of insanity and yet so many continue to do it out of fear, which is a huge flaw.  I think its good to examine this within ourselves more often and to avoid it as much as possible.  If we could actualize positive change on a regular basis rather than repeating the same things, we'd have better responses to hardship and I think we'd see a lot more 'Miracles' in this world.