What is it about the game Hide & Seek that is so alluring to children?  My 10 year old self loved it.  It was one of my absolute favorite games.  Maybe it was the competition of finding the best hiding place first and being clever enough to not be found by the 'It' player.


I liked the countdown too.  After all you only had roughly to the count of fifty to find a good hiding place.  I never saw a rule book but I'd estimate that a proper H&S countdown should have taken roughly a minute but every game I ever played the countdown was accelerated into a rapid & voluminous stream of garble:

'onetwothreefourfivesixseveneightnineteneleventwelvethirteen..etc.../
...ready or not here I come!'

It sounded more like the muffled blades of a helicopter than language.  Pretty much everyone could rip off a countdown in fifteen seconds tops, so you had be flight of foot and think fast to be well hidden within fifteen seconds, which added pressure that I thought made it even more fun.

We played it a lot too, indoors and out, day or night and we all got pretty good at it.  But after a while you get so good at hiding that the game really slows down because no one can find anyone anymore.  When this happens the fun quickly erodes and the game becomes more like boorish torture.

Twenty five minutes curled up in the barrel of a washing machine isn't all that much fun.  In fact, by today's standards it would be reason to call DSS because encasement in a dark, cold metal cylinder is more akin to water boarding than a kids game.  Chinese Water torture sounds tame by comparison. 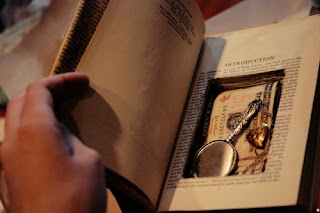 When you get to a certain point in the game; (when it's dark and you're alone and no one cares) you realize that you're at a crossroads and have a choice to either continue playing alone inside a metal tube of phobia & self destruction or resign yourself to the fact that no one actually cares about where you are hidden or about finding you for that matter, they've long since given up.  And at the end of all that you also discover that the game is much better, more fun and more fulfilling when people actually do find you and when you find them.

This is a multi-tiered epiphany and it happened to me one afternoon when; after half an hour laying in the roof compartment of my parents convertible, I realized that the other kids had all given up trying to find me and were entirely resigned to this fact. So I guess I won the game; no one found me, but for all intents and purposes it was a Pyrrhic victory.

There I was cramped in a convertible's roof compartment by myself for a purpose that no longer existed.  When I finally decided to call it quits I found the other kids huddled together in the warm amber light of our family room on a fall afternoon watching the Redskin game on TV eating Klondike bars.  And that's when I woke up and realized that hiding for so long I had lost more than the win was worth...I remember thinking 'Damn, look at that.... huh?  I need a Klondike bar too'.