The Olympic Games are opening tonight in London.  My mother was British and I lived in England for most of my early childhood (Cornwall).  She met my dad while visiting Washington DC.  He was a Lt. Naval officer stationed at the Pentagon at the time and I guess they met at a party or something, so I have strong associations over there.  Mostly weird ones (Catholic boarding school) but also a few good ones that I choose to align my experience with.

London has hosted more summer Olympic Games than any other country.  I didn't know that but it doesn't surprise me.  The backdrop for the film Chariots of Fire was the London Games in 1908.  Google told me they also hosted the 1948 games; which to pull off just four years after the WWII Blitzkrieg on London, is pretty amazing.  Londoner's rebuilt their city from rubble and had it dressed up on display for the whole world in just a few yrs....so much as to say, 'We prevailed and won over Nazi tyranny.'   Quite the accomplishment. Given their track record I suspect the Briton's will pull these games off beautifully. 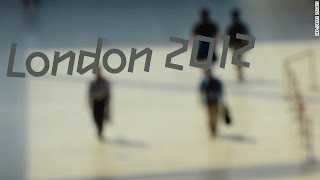 I liked Chariots of Fire too.  True stories always make the most gripping films.  Scotsman Eric Liddell said "When I run I feel his pleasure".  I don't compete for god in that way but hearing him say it the way he did, from essence, was moving.  This visceral level of commitment is just incredible.  Every Olympian has the same 'fire' in their belly as Eric Liddell.  Different drivers, probably?  But the same level of passion.  I'm looking forward to watching this on display for the world.  Just an awesome thing.