I was scanning an article (When beauty fades) in the NYTimes Fashion & Style this morning.  Guess there's a documentary called “About Face: The Supermodels, Then & Now.” to be broadcast Monday on HBO focused on supermodels as they age.  I don't know too much about that stuff but it sounds like it can be a rough scene, from the stand point that the players play for keeps and, if you don't make it, there's an over flowing raft of lows waiting for you.  But the trade off can be a life of super highs.

Obviously, the risk is worth it to many people.  After all, you only live once.  Why not give it your all, your best shot and design a life that makes you truly happy?  The world is full of doubters and sulking finger pointers pontificating a life of self pity and compromise.

My daughter turns 14 in August.  She has always had a strong drive to be successful.  From an early age I've watched her pursue improvement in a process and make a mark in whatever she wanted.  Perhaps this is too much adult speak for such a young women, even for one so accomplished and gifted.  But essentially, this is exactly what it is.  Anna is a hard worker and she wants to be relevant.  These are some of her best qualities and among other things, why I admire her so much. 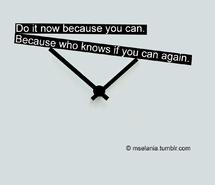 Thinking about this it occurred to me that working hard and the desire to be relevant go hand in hand.  Meaning you won't hit your mark without mixing both of these together; in a life bucket, so to speak.  Desire alone isn't enough and just working hard by itself  isn't enough either. You have to have both of these in your bucket at all times.  Easier said than done.

Back to the NY Times piece for a sec.
One of the former model's said "My social status has diminished because I know I’m not invited to the A parties anymore, As you grow older, you don’t count anymore."  Sounds to me like her desire is still all there; however, she doesn't mention anything about what she is doing to change her situation.

Maybe I am assuming too much here but it sounds like she's resting on her laurels.  Which is a fatal mistake. You gotta keep working at what you want.  She forgot to keep pouring hard work into her bucket.  Sure, she's older and less energetic but life doesn't care if she is 20 or 60 yrs old.  It rewards relevance. The missing piece here is being busy at your passion, so I say... just get after it and stay after it.

I think it is natural for people to have periods of ambition and adventure and then at other times sink into a sphere of ambivalence.  Having said that, getting what we want out of this veil of experience (Life) is earned every day.  We have to find the bucket we want, maybe even make it ourselves, then protect it and continually fill it with hard work and desire.