A couple of friends read my post last week (Like it was your last) describing the happenings around the Tour of Somerville on May 28 and asked me to describe how the race itself played out.  So, here's the skinny from my perspective.

As I mentioned last week, I was registered for the Masters race before deciding, at the last minute, to enter the Pro1.   Because the Masters race was 4 hours before the Pro1, I was at registration really early for a 'day of' sign in.  There were 128 guys per-registered so I was given number 129.  It's likely a fair number of guys to registered after me.  At the start it looked like maybe 135-140 guys lined up.  The results showed 98 finishers.

The Pro-1 crit is 50 miles long.  The course is a four corner circuit about 1.5 miles long.  It has one rolling hill coming out of a speedy downhill turn two.  Turn three is the only technical corner.  It's a sharp, less than 90 degree, corner where the road goes from four lanes heading into it to two lanes coming out. 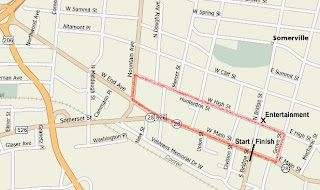 I've raced  Somerville twice before, the last time was15 years ago but I remember turn three because it is legendary for bell lap crashes.  On the last lap everyone wants to get to turn three in good position because it's very difficult to make up a whole lot of  places after this turn.  There is a  short stretch after it leading into a sweeping turn four that opens up to a four lane drag race about 700 meters to the finish line.  I told myself to be mindful of this at the starting line.  The last thing I need is an ugly wipe-out in Somerville, NJ just 4 days before my 50th birthday and blow up my hip rebuild. 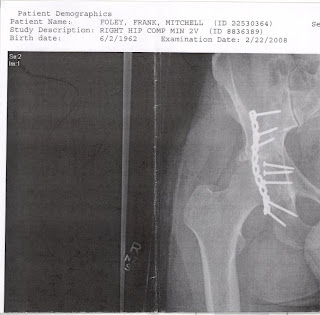 It was close to 100 degrees when the race started at around 2:30.  I was there alone without team mates or alliances so my strategy was simple: stay hydrated, stay in the top 30 the whole race and set up well for turn 3 on the bell lap.  And that's pretty much what I did, but it wasn't all that easy.

To stay in the top 30 I had to surf in the wind more than I wanted to but I had no choice.  A free agent has to do this as team domestique riders and other free agents are constantly swarming the front end of the race from the flanks to maintain front position as well.  This racing strategy is not ideal for getting a good finish result because it is so tiring, but riding alone there is no other choice.  The key is to be vigilant at all times and make these efforts as conservative as possible and yet still be forceful and directed enough to get you up into the position you need.

The race was animated but I was betting that in the end the whole thing would come together for a big pack gallop to the line.  Throughout the race there were various attempts to split up the field but I expected this and just stayed on plan.   A couple times I found myself in a split dangling off the front simply because I was following wheels, but once I noticed this I'd eased off the throttle and float back into the top 30 of the pack.

There was a three man move late in the race that included 2008 Olympian Bobby Lea (two others?).  They had a one minute lead with 4 laps to go.  I wasn't concerned at all though because I wasn't going to get a top three no matter how the race played out.  Racing solo my goal was to be safe and just ride to a respectable finish.  In fact I liked the idea of  Bobby Lea winning the race.  He's a good guy and I use to race on World TEAM in the mid 90's.  Bobby's mother was the team founder and director and there are still connections so it would have been a really cool thing.  This was not to be though.  They were caught with 2 laps to go and it became clear this thing was coming down to a classic big ass Somerville field sprint.

At this point I was still in decent position in the top 30 with one lap to go but things got really 'exciting' on the backstretch with guys diving in hard from the flanks; everyone fighting for good position heading into critical turn three and while I expected this I still lost a bunch of spots about 250 meter before the turn.  As such, I made a decision to quickly back out of the arrowhead (loosing more spots) and make my way the to exposed left inside lane and gun it into the wind up the left side and hope for an open slot in the top 15 heading into the turn.  This move cost me a lot of energy but worked perfectly.  My surge got me up there in time to neatly fold into sixth wheel position just before the corner.

As we came out of the corner I was in perfect position but also a little gassed.  I remember telling myself to just be patient it's still a long gallop to the finished and I could flush my legs for a few strokes before the final sprint and be okay but just as we came out of the turn and started stomping my outside foot came out of my speed play pedal(?)

Fortunately I didn't lose control and I was able to quickly clipped back in but this opened up a 3 or 4 bike length gap to the top five guys in front of me.  This was a problem!  They were accelerating up to about 36 mph and I had to make up the gap.  It took me about 200 meters to do it but I was able catch them without anyone else passing me.  At this point we were about 500 meters to the line and time for the full war cry effort but I was already feeling the heavy acid of my critical red-line and couldn't punch it hard again.  I stayed seated and drafted off the five guys in front of me and powered everything left in me to keep it moving forward but was fading.   About 16 other guys rolled past me in the last 150 meters so I ended up finishing 22nd.

All things considered I was happy with this.  I had a safe race and a respectable finish.  Save one technical in the last kilometer I may have even have a great finish but that's racing.  Having said that, I am going to switch pedal systems from Speedplay to TIME.